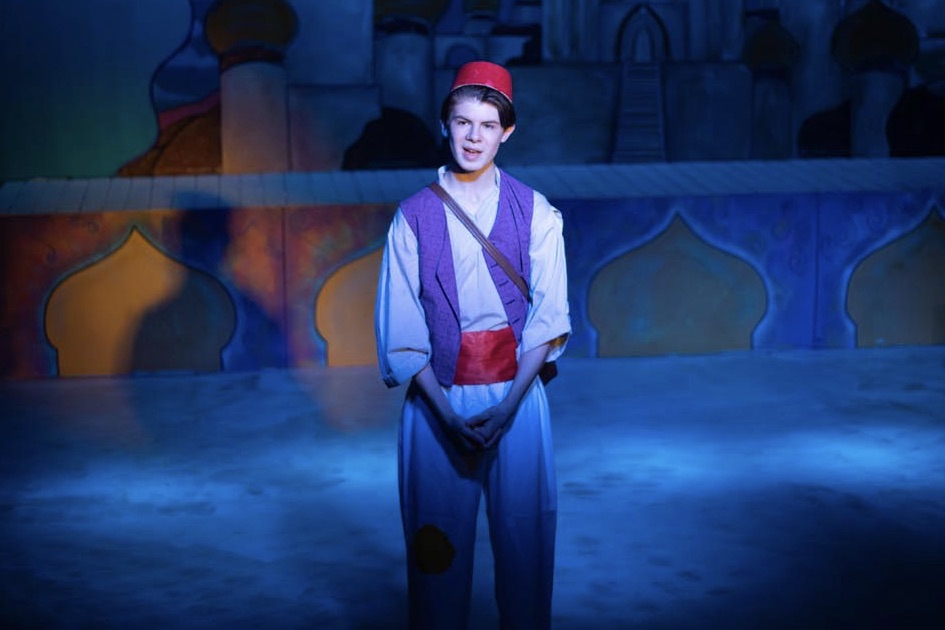 Set in the fictional Arabian city of Agrabah, the story follows the familiar tale of a poor young man who is granted three wishes by a genie in a lamp, which he uses to woo a princess and to thwart the sultan’s evil Grand Vizier.