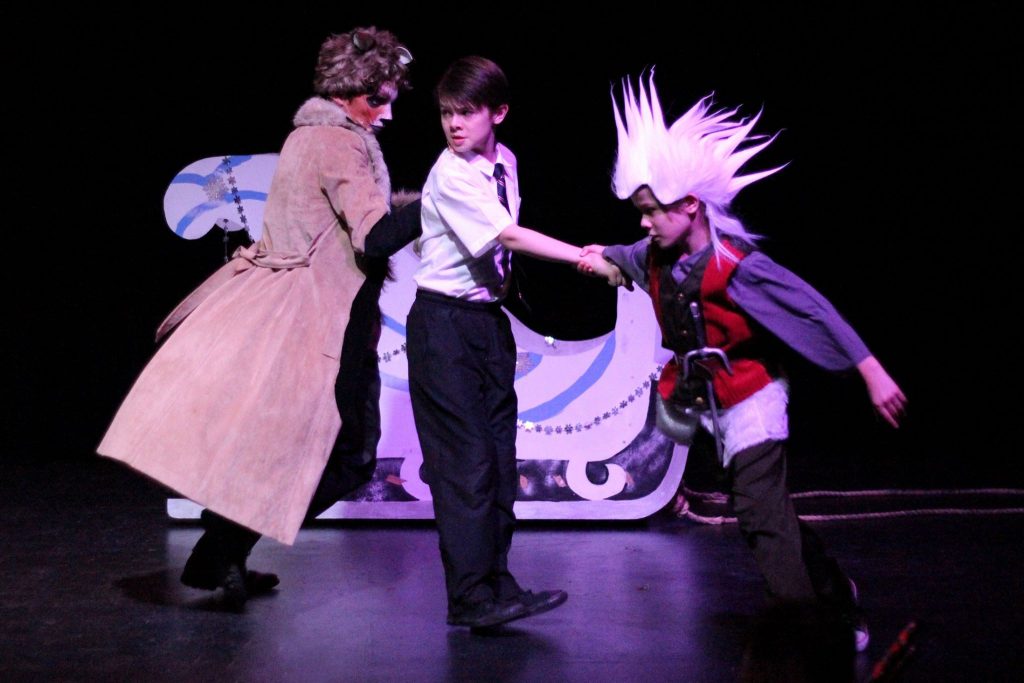 Narnia The Musical  is a dramatization of The Lion, the Witch and the Wardrobe, the first and most famous of acclaimed British author C.S. Lewis’s world-renowned  series, The Chronicles of Narnia.

It tells of four English schoolchildren – brothers and sisters – sent away from London during World War II to stay in the manor house of their uncle – who stumble upon (and through) a wardrobe into the magical kingdom of Narnia, held in the power of the White Witch, whose evil spell has frozen the land, so that it is “always winter – and never Christmas.” They are embraced by the talking animals, the good Narnians who resist the Witch’s evil and await the return of Aslan – the Great Lion, who is their rightful ruler. Aslan, who has long been absent from his land (so that some have even doubted his existence) has – at last! – returned, to confront the Witch, and the children are soon caught up in a fierce struggle of good versus evil.